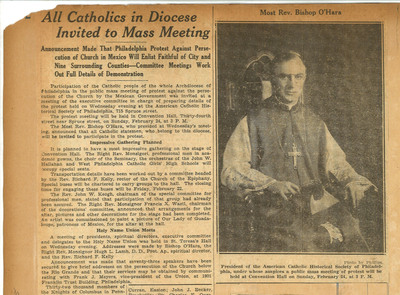 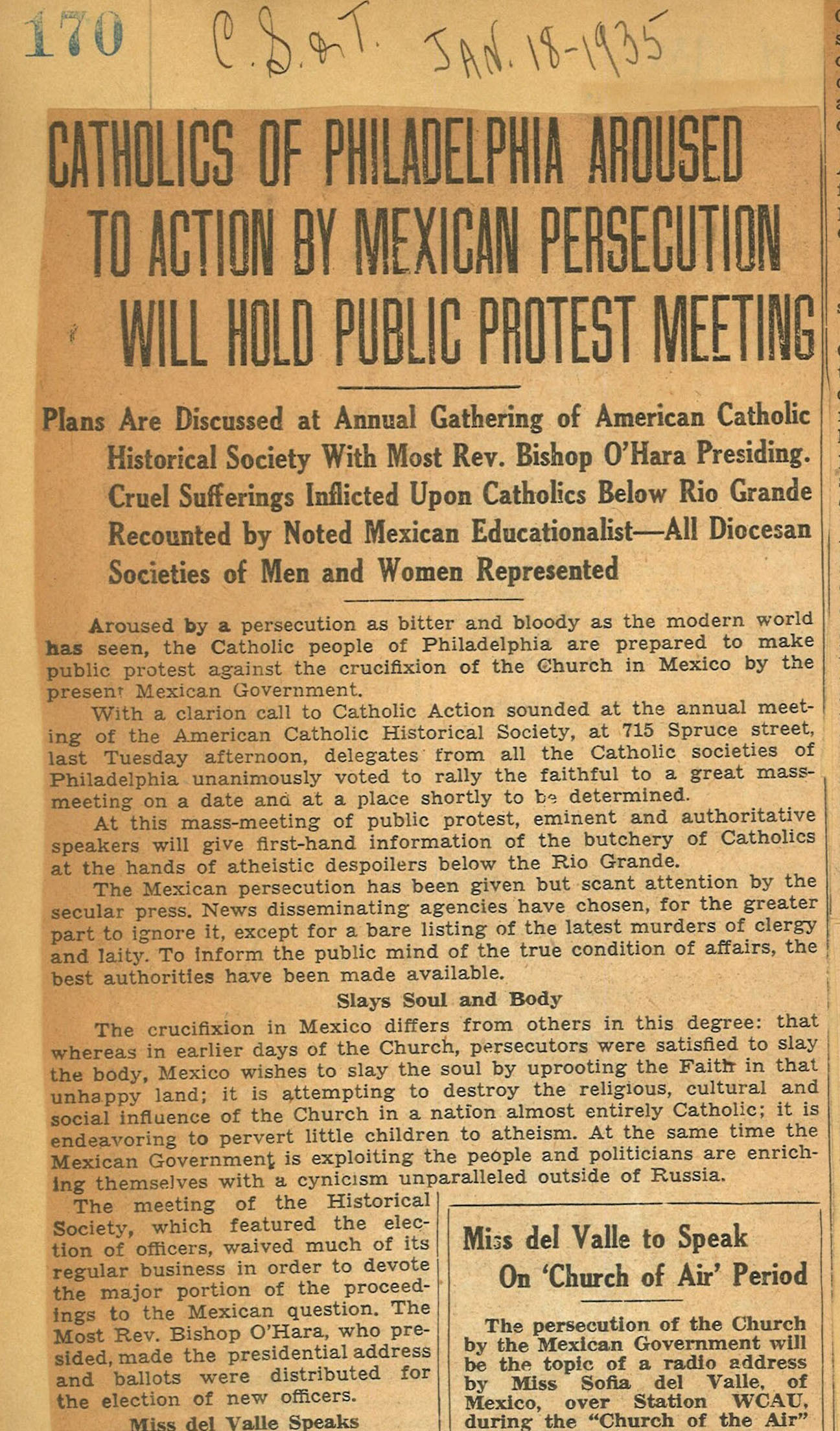 Most Rev. Gerald O’Hara, auxiliary bishop of Philadelphia and president of the American Catholic Historical Society, was named general chairman and committees were formed to plan and implement the proposed gathering.